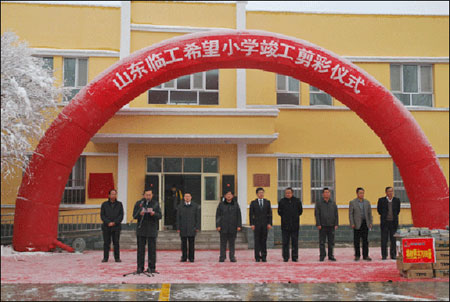 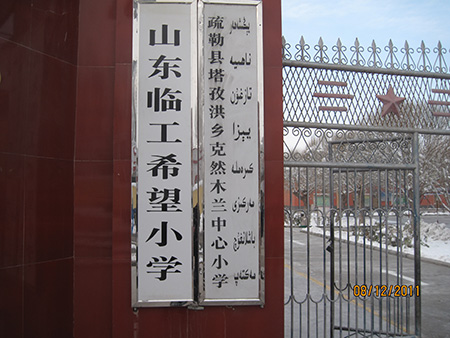 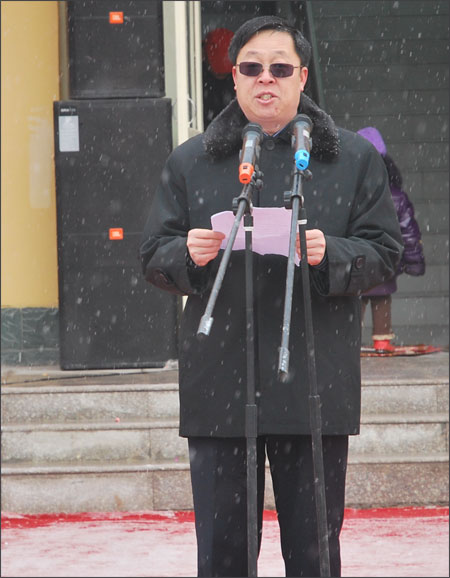 Zhou Tiankui, Member of the standing committee of Shule County, made a speech at the ceremony 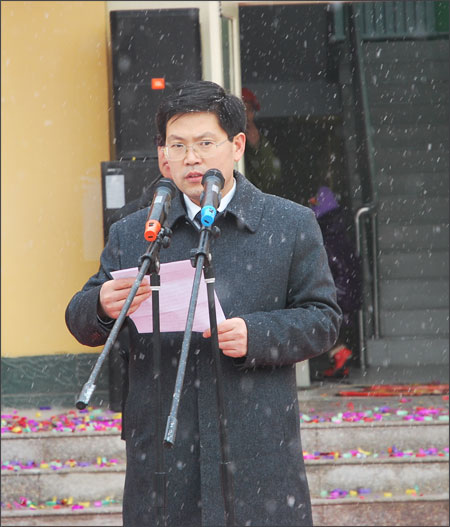 Zhou Weisheng, Secretary of SDLG’s Commission for Discipline Inspection, made a speech at the ceremony

The former of SDLG Hope Primary School, Tazihong Central Primary School, which was built in 1934, is one of the oldest schools in Kashi. Due to historical, economic and many other reasons, the compulsory education facilities in Kashi area is very weak, shortage in classrooms severely affected the normal teaching activities. The new school buildings sponsored by SDLG greatly improved the teaching environment. At the opening ceremony, SDLG also donated 2000 books and stationery supplies to the school.
Zhou Tiankui, Member of the standing committee of Shule County, made a speech at the ceremony. He sang high praise for SDLG’s sponsorship in education and encouraged the teachers and students to carry forward the progressive learning spirit and make greater contributions to the development of Kashi. 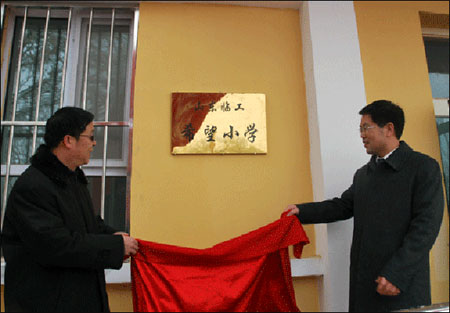 Opening Ceremony of SDLG Hope Primary School
Zhou Weisheng, Secretary of SDLG’s Commission for Discipline Inspection, also made a speech at the opening ceremony. He said that “SDLG is developing faster and faster, meanwhile, SDLG always remembers its social responsibility. Now SDLG has made sufficient preparation and is determined to contribute to China’s education. SDLG is speeding up its education sponsorship plans. In the near future, SDLG will build more Hope Primary Schools.”
SDLG decided to implement the education sponsorship plan in 2010. SDLG officially announced that it will build the first Hope Primary School in Kashi, Xinjiang Province in July 2010 at the celebration ceremony for SDLG’s annual output of energy-saving products exceeding one million. With a total investment of 600,000 RMB, SDLG Hope Primary School started construction In February 2011 and was completed and put into use in October. 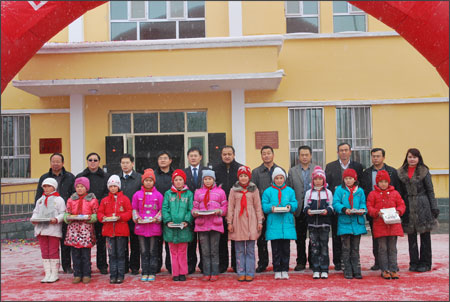 Book donation ceremony
As a leader in the construction machinery industry, SDLG always integrates the fulfillment of social responsibility into the concept of enterprise development. To date, SDLG has donated more than 30 million RMB through donations for disaster relief, awarding the righteous deeds, helping the handicapped and sponsoring the sports cause, and the annual donation day activity, etc. SDLG has been awarded "Best Corporate Citizen in Shandong Province" and "Top 10 Enterprises in public welfare and social responsibility of Linyi City" and other honorary titles. The SDLG Hope Primary School embodies SDLG’s expansion in public welfare.