At the site, Lingong launched five new-generation excavators. “The new products integrate the R&D of Lingong and the technical support of Volvo, and they are the important support in Lingong’s five-year strategy.” said Chairman of Lingong Wang Zhizhong. Moreover, these products adopt unified visual design, improving the product recognition and the brand image, which contributes to the expansion of international market. 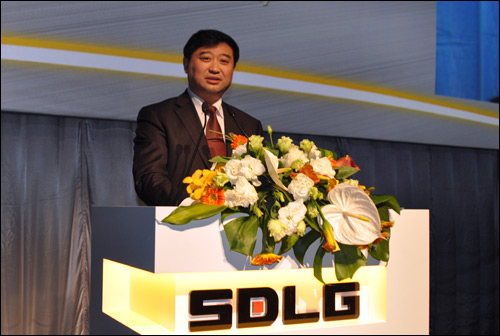 Breakout in Excavator Market
"The excavators launched in this activity are developed with the state-of-the-art techniques, they are the pride of Lingong. There are five models, LG6150E, LG6225E, LG6250E, LG6300E, and LG6360E.” said the CEO of Lingong Yu Mengsheng. “The capacity of the new excavator manufacturing site is 20000 sets annually, reaching the leading level in the industry in China." 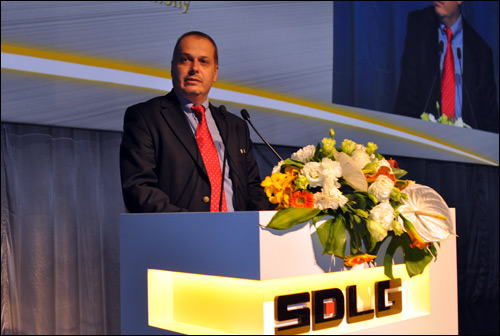 Appearance Change Worldwide
Except for the improvement in the technique and performance, the appearance of the new-generation excavators are replaced with the united appearance design, and the replacement are carried out synchronously in the world.” introduced Yu Mengsheng. The appearance change includes two aspect---LOGO and appearance design. 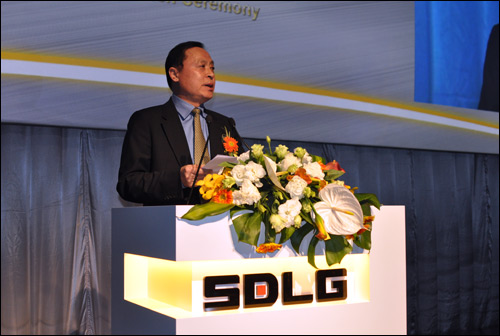 New Phase of Internationalization
Actually, since cooperating with Volvo in 2007, Lingong has had anticipation to develop the international market. The globally synchronous appearance change makes Lingong closer to the international first-class enterprise in product and brand levels. 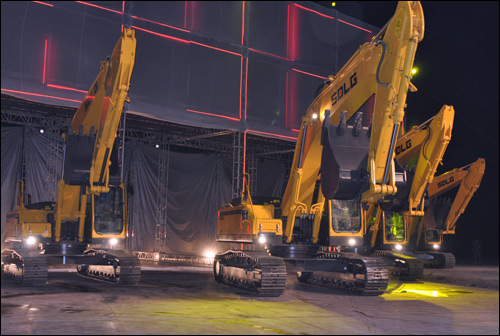 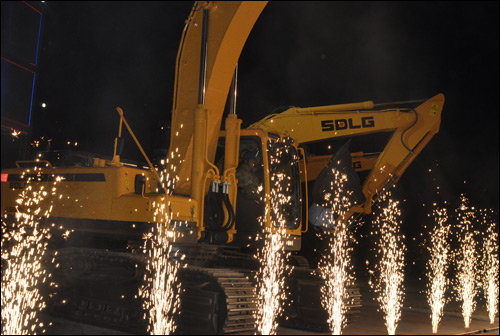