The launch of LG6360E is a significant event in the development history of SDLG excavator, it fills in its gaps in the field of large-sized high-end excavators and will further improve the competitive force of SDLG excavators.

According to the statistics, the market share of 36 tonne excavator has reached to 12.5%. With the launch of LG6360E, SDLG will further perfect its excavator production structure, building a complete product line from mini excavators to high-end excavators. 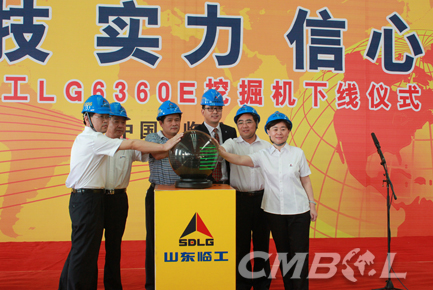