“SDLG will continue to accelerate the internationalization. On one hand, we will continue to consolidate in the emerging markets. We have invested in a new plant in Brazil which is expected to be completed and put into operation next year, and will take measures in other emerging markets. On the other hand, we set about to enter developed countries like Europe and America. At the upcoming bauma 2013 in Germany, SDLG will display more construction equipment products that are compliant to the EU standards.” said Wang Zhizhong, Chairman of SDLG, at bauma China 2012. According to Mr. Wang, SDLG retains the 2nd place in loader exports in 2012.

After several years’ development since the international strategy was confirmed, SDLG’s overseas market begins to take shape. Now, except Brazil, Russia, Middle East and South Africa, SDLG reaches out to European and America markets which have great influence in the construction equipment industry. 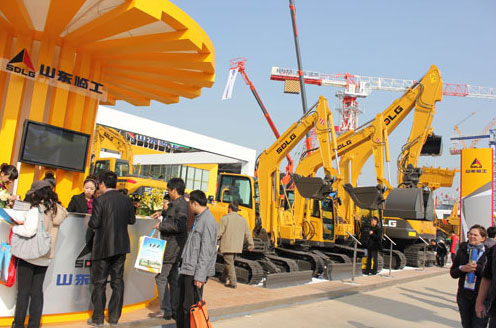 Wang Zhizhong said, SDLG will not consider overseas acquisition at this stage of its overseas expansion. In fact, SDLG always persists in a unique mode in its internationalization. After partnering with Volvo in 2007, SDLG confirmed its international strategy- to be in line with the international standard through differentiated operations and the integration of its own brand, product design and market resources. The mode is called “SDLG Mode” in the industry.

“SDLG will continue to strengthen the cooperation with Volvo, and consolidate and expand overseas market to become the top brand in its leading products like loaders, excavators and road machinery.”