Production has started in Brazil of excavators from Shandong Lingong Construction Machinery Co., Ltd (Lingong). The SDLG-branded machines will be built in a $10 million purpose-built assembly hall within the Volvo Group facility in Pederneiras, in the state São Paulo.

To begin there will be four SDLG crawler excavator models produced – the LG6150E, LG6210E, LG6225E and LG6250E models, covering weight classes from 13.8 tonnes to 24.3 tonnes. The machines will be sold to companies working in a variety of industries, but in particular in the construction, forestry, agricultural, mining and extraction sectors.

The SDLG excavators will be manufactured in line with brand’s core values, with a focus on robust and reliable design in a cost effective package. This factory will be the first SDLG production facility outside China, but will mirror the manufacturing processes in place at its main facility in Linyi, China. 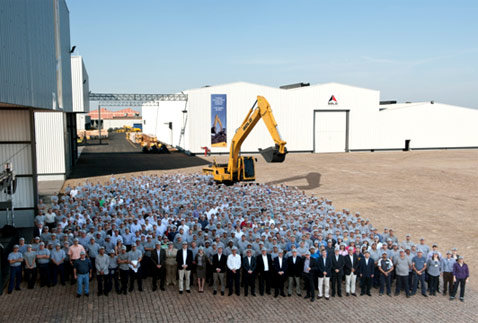 Timing for the launch of Brazil-built SDLG excavators is good as there is strong demand in the country for solid machines that are cost effective solutions. SDLG machines have been sold in Brazil for a little over four years and in that time the company has established itself as one of the leading suppliers of construction equipment at the value end of the market. Its focus on robust and reliable equipment with purpose driven on board technology has proved a winning formula.

"Localized production will help SDLG be more flexible and responsive to its customers and dealers in the region,” said Pat Olney, president and CEO of Volvo Construction Equipment. “We’re taking advantage of The Volvo Group’s long history in Brazil to introduce an exciting new initiative with these locally built SDLG excavators."

The production of SDLG excavators in Brazil will further increase the brand’s competitiveness by speeding up delivery times and opening up more favorable financing options for customers. SDLG will continue to operate in Brazil through its own branded organization with its dedicated distribution network and sales force with customer support.