Leading Chinese construction equipment brand SDLG hosted some of its most important customers during a recent AFC Champions League match. SDLG is one of the major sponsors of the soccer competition, which pits the very best club teams from Asia and the Middle East against each other. The match between Al Ahli, reigning champions of the UAE, and Al Hilal, runners up in the Saudi Arabian league last year, ended in a goalless draw, but with one game to go, UAE’s Al Ahli remain top of the group with an excellent chance of qualifying for the next round.

In conjunction with local dealer Pacific Machinery (a subsidiary of Al-Futtaim Group), SDLG took advantage of the event to show its best-selling LG958L wheel loader. The popular machine was displayed outside the Rashid Stadium in Dubai, and attracted plenty of attention, not only from the SDLG customers attending the event but from thousands of soccer fans making their way inside the stadium. 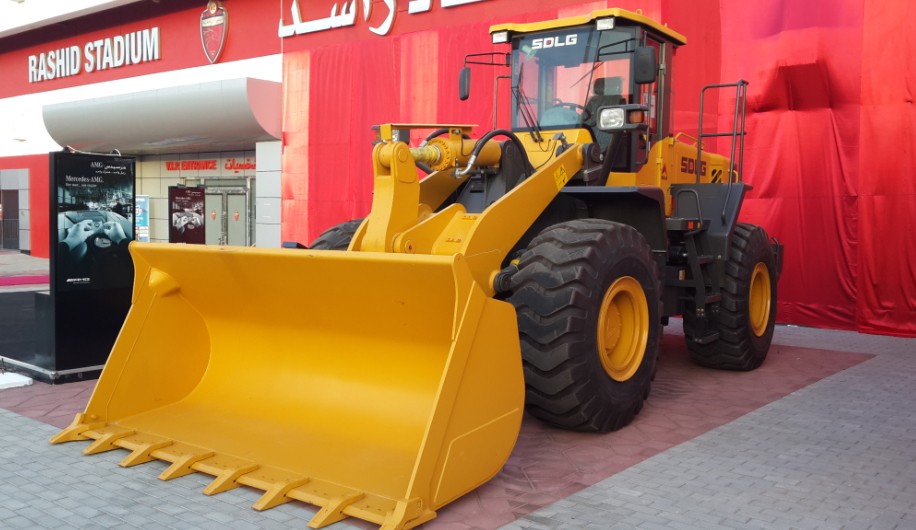 SDLG’s executive president, Yu Mengsheng, said: “Football is the world’s most-loved sport and promotes passion, vitality and teamwork. SDLG has been committed to the sport since signing a sponsorship deal with the Chinese Football Association Super League in 2011. Since then our company has grown steadily in markets outside China, and we want to build awareness for our brand, so supporting Asia’s most influential league, the AFC, is a perfect way to start.”

SDLG’s hosting of guests at the soccer game was timely as customers in the UAE are reporting higher work levels as the country’s construction sector ramps up. In particular, building work is starting to focus on Expo 2020, which will draw millions of people to the UAE. Equipment sales are on the rise for SDLG thanks to support from Pacific Machinery and the company is now established as the number one construction brand across the Middle East.

SDLG’s director of marketing, Allen Zeng, said: “Our sponsorship of the AFC Champions League provides a continent-wide platform for us to increase awareness of the SDLG brand. And as a gesture of our gratitude, we have decided to distribute tickets to customers in this important market.”