Wen Degang: meet in SDLG, create the future together

August 25, the 3rd SDLG Family Day activity was held in the headquarters in Linyi. General Manager of SDLG Wen Degang made a speech at the opening ceremony. He said that the development of the company depends on the joint efforts of each staff, and also the great support from the staff’s family.

“In 2009, the sales revenue of SDLG is less than 4 billion RMB, and now it has exceeded 10 billion RMB. Under the rough market condition, SDLG people overcome the difficulties and the company ranks the first in terms the profit margin and sales volume both at home and abroad.” 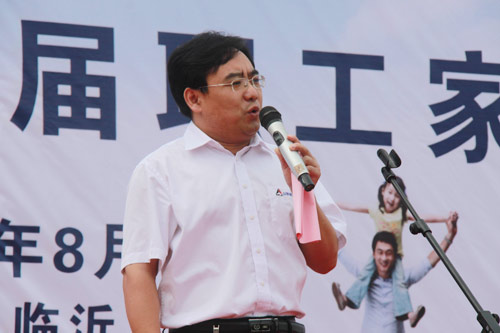