Date: 2017-06-26
On June 22th, the list of 2017 “China's 500 most valuable brand” in the World Brand Summit was announced. In the annual report based on financial data, brand strength and customer behavior analysis from the World Brand Laboratory, SDLG is on the finalists for the fourth time with brand value reached 23.352 billion RMB, ranking rose to No. 176. 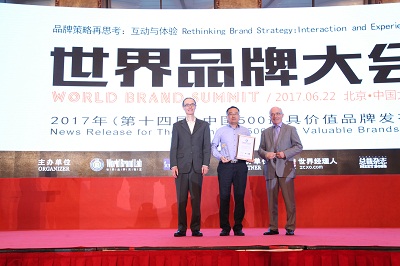 The list published by the world brand laboratory, known as “Chinese brand Oscar”, shows the embodiment of the industry’s highest recognition of the Chinese brand. SDLG was granted the honor for the fourth consecutive time, highlighting its reliable products and brand credibility behind the scene.

“Reliable in action” is the core value of SDLG. Over the past decades, SDLG craftsmen have presided over and participated in 33 international, national and industrial enacting standards project, accumulated more than 260 national patents to further facilitate the upgrade from SDLG manufacturing to SDLG innovation. 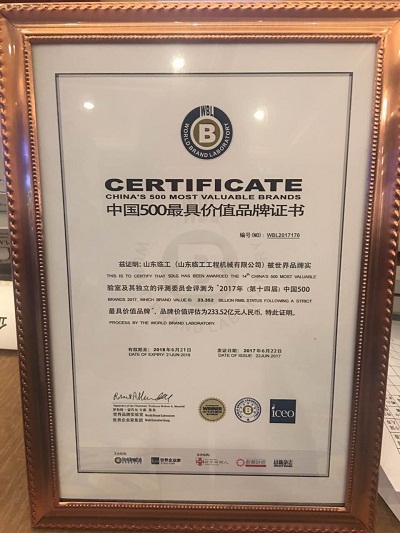 As one of the Chinese manufacture companies entering the international market, the cooperation between Volvo and SDLG also accelerate the pace of internationalization with the development of European standards of high-quality wheel loaders, excavators stepping into Europe and North America market and other high-end markets. We firmly believe that SDLG will have a brighter future on the way of building an international brand image.
Previous:SDLG resume team rushed to the disaster area
Next:Protecting profits from corrosion with SDLG wheel loaders