Around 6 o’clock in the morning on June 24th, affected by heavy rainfall, the town of Maoxian Country in Sichuan Province burst high mountain collapse, resulting in 2km block in the village river and damages of communication fiber optic cable, power grid, tower and other infrastructure in part of affected area. Up to now, more than 40 households with over 100 people were buried. Hearing the disaster, SDLG pay high attention and immediately arrange equipment and operators from the vicinity country to participate in the rescue. A well-organized resume team jointed by local agents and operators has left for the disaster area. Under the unified command by the armed police traffic command, SDLG rescue team overcome all the difficulties to reach the scene and make every efforts to rescue under the great risk of landslide once again. 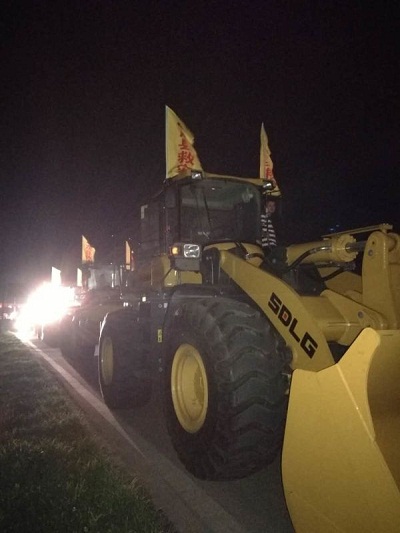 SDLG still keep an eye on the situation and will continue to allocate personnel and equipment into the disaster area to rescue and be together with the victims.